Growing up, part of an impoverished family that moved around quite a bit, Tim lived in extreme poverty until the age of 10. He lived in NH, ME, FL, and MA before his mother finally settled in Milford New Hampshire where Tim lived until graduating high school. As a young adult, Tim worked full time while attending college, as well as flying lessons, during his off-hours, and was the first person in several generations of his family to graduate college. He earned his Bachelor of Science degree in management at the end of 2007. His career is in the field of Information Technology. During his professional career he has worked for a variety of high-tech companies here in New Hampshire such as Degree Controls, Barlo Signs, and AdvantEdge, as well as in the non-profit sector. In his personal time he studies economics (and is a member of the American Economic Association), aviation, and world history, as well as enjoying various hobbies.

Having escaped childhood poverty, and overcome economic hardship with a lot of hard work as a young adult, Tim is dedicated to making sure that other people have the same opportunity to do so themselves. He believes strongly in having a just society where our efforts are rewarded and everyone gets a chance for a better future. These strong progressive values have helped drive his history of public service, and shape his agenda at the state house. Tim always looks for legislation which will help empower everyday people to improve their circumstances, and remove artificial obstacles to success. This includes his strong support for robust public education so that everyone has a strong starting-point for their career, a viable social safety-net so nobody goes hungry or loses their home because of a temporary hardship, and an empowered justice system to make sure that criminals who would use fraud and corruption to subvert the system face steep disincentives for such behavior.

Tim holds several certifications from the NH Office of Emergency Management, and is a decorated officer in the Civil Air Patrol (current grade of Major, and former commander of the local Manchester unit) with over fifteen years of unpaid volunteer service in various leadership roles. He is a founding member of Progressives United, and previously volunteered with the Gore campaign as well as serving as a member of the Milford (NH) school district budget committee. Having been involved with political activism for many years, during October 2010 Tim attended the Rally To Restore Sanity in Washington DC, and participated in many rallies and events during 2011-2012. While campaigning for office since 2012, he received endorsements from the NH-AFT, NH-NEA, NH-AFLCIO, Sierra Club, and many other groups. He has also been recognized as a 2013 “Public Health Champion” by the NH Public Health Association and was the NH Young Democrats “elected official of the year” in 2015. In June of 2015 he was elected to a
spot on the NHDP State Committee and is active in the state party. 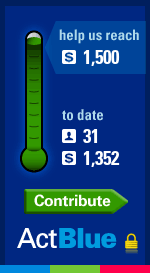